Application.Agent.CZQ identifies a program that asks the user to purchase the "full version" of a discontinued video editing program.

Based on the settings of your F-Secure security product, it may block the file from running, move it to the quarantine where it cannot spread or cause harm, or ask you to select an action.

Windows Movie Maker (also known as Live Movie Maker) is a free video editing program produced by Microsoft. The program was discontinued in January 2017 and removed from download.

Following its discontinuation, fake or modified copies of the free program were found being used to collect money from unsuspecting users. This is a variation of the same marketing scheme used to promote rogues.

Application.Agent.CZQ identifies a modified version of the Movie Maker program, which has been altered to appear to be a "trial version". Users who install this program are told that they need to pay for an upgrade to a 'full version' that would provide them with more features. The user is repeatedly prompted to make the purchase. 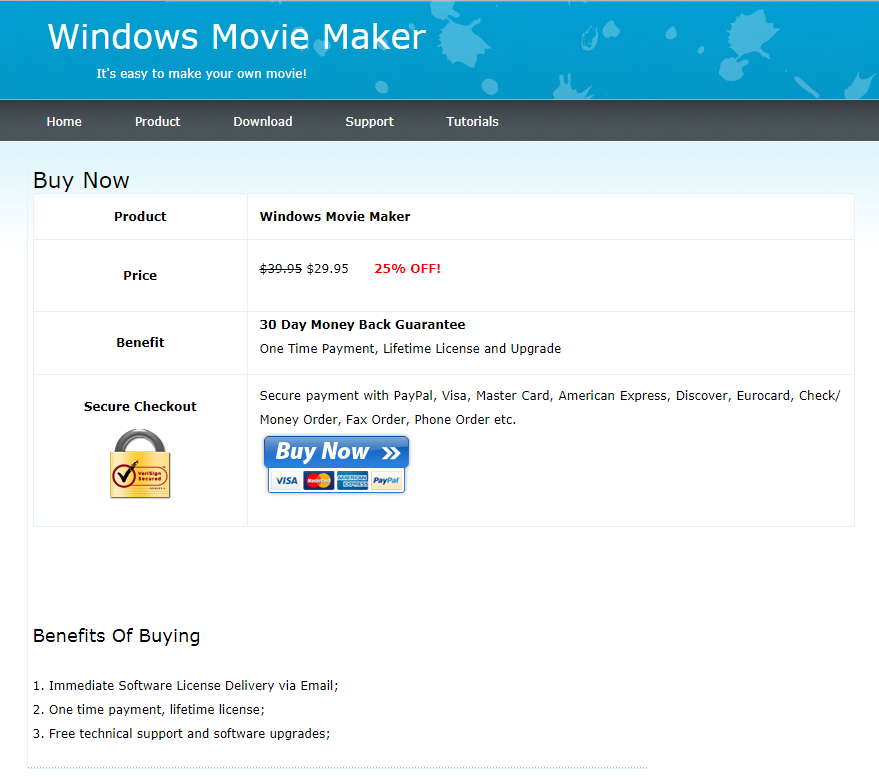