Trojan:W32/LongLeeb.A refers to a program detected as malware because it runs itself in the background without the user's permission.

Upon booting up to Windows, the program displays the following message box: 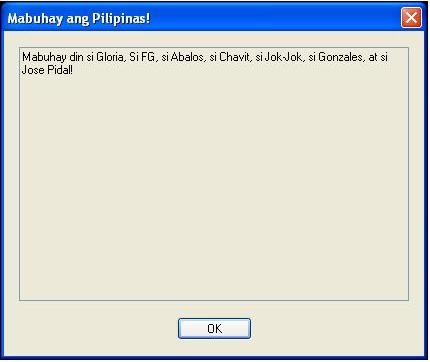 The message is in Tagalog and when translated to English, reads:

Most of the names mentioned are references to real persons:

Once in Desktop, the following message box is displayed for a short while:

When translated, the Tagalog section of the message reads:

Manny Pacquiao is a famous Filipino boxer. The desktop time settings are then edited and changed to the current time, with a notation in Tagalog: 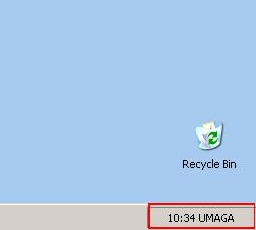 If the user attempts to use the disabled programs or functions, the trojan displays a message box with the message:

If Microsoft Internet Explorer is run, the trojan also displays the message:

The trojan attempts to connect to the following website:

Which is the official government portal for the Philippines.Finally, an autorun.inf file is dropped to the root drive and together with another file dropped by the trojan, DrWetson.exe, is copied automatically to thumb drives.