Lecpetex is distributed in a malicious zipped file sent out as attachments to Facebook messages. 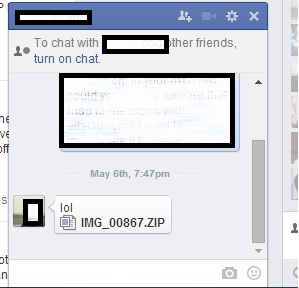 The zipped file contains a JAR file that executes when the user clicks on the attachment. It then downloads a binary file from the Dropbox filesharing service to the temp file of the user's system; the downloaded file uses a random name.

The JAR file then executes the downloaded binary file using regsvr32.exe, using /s switch to do so silently without displaying any message boxes. It also creates a copy of itself as a hidden file at the following location:

It also creates another two instances of explorer and injects its code into these processes to serve as watchdog processes, making sure that the launch point will always be in the system.

Lecpetex's ultimate aim is to launch an instance of explorer.exe, then download a binary file that runs in the memory of explorer.exe in order to mine Bitcoins.

Trojan:W32/Lecpetex is written in C++.