Trojan:AndroidOS/Tapsnake (also identified as Android.Tapsnake) is a spy tool that disguises itself as mobile game. Installation of the trojan requires the user/attacker to have physical access to the target phone.

Once the scan is complete, the F-Secure security product will ask if you want to uninstall the file, move it to the quarantine or keep it installed on your device.

Trojan:AndroidOS/Tapsnake can be uninstalled by following the steps below:

Once installed, the trojan runs perpetually in the background, constantly reporting the phone's location to a remote server.

This trojan is further discussed in our Labs Weblog:

This trojan is distributed through the Android Market and is explicitly promoted as a spy program disguised as a mobile game.

The spy program is a commercial application known as GPS SPY. Once bought, the trojan advises the user to download and install the "Tap Snake game" to the target phone.

Installation also requires the game to be registered with a keycode in order to enable spying.This requires the person installing this program to have physical access to the target phone.

On execution, the trojan launches a game based on the old (but still popular) game Snake: 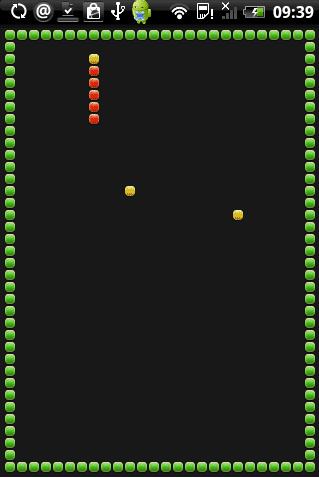 In addition to the game, the trojan has two other features. Once installed, the trojan runs silently and continuously in the background, restarting itself automatically if the phone is rebooted.

In addition, the program checks the current location of the phone approximately every 16.67 minutes; the location is acquired thru GPS and/or Network (Cell-ID or Wi-Fi) services.

If the phone has moved at least 250 meters away from the previous location, the program will silently send the information below to a remote server (http://gpsdatapoints.[...]/[...]) via a HTTP post operation: 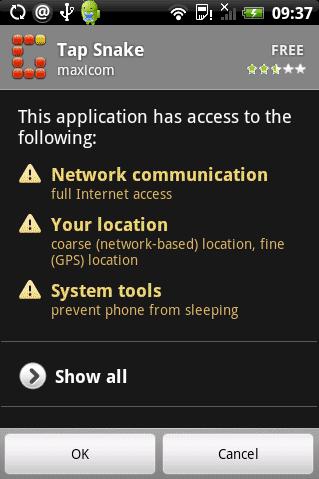