Trojan-Spy:W32/ZBot.HS was discovered on February 20th 2008 and targets the online banking portal Finnish bank; the spam email messages used to distribute its executably binary file are written in Finnish. Later samples received on April 04, 2008 are now detected as Trojan-Spy:W32/Zbot.KZ. New download filename is iPIX-install.exe. Also, please contact your bank and confirm your online banking transactions if infection is confirmed.

A sample message is below:

The message warns of a radioactive cloud spreading from a nuclear reactor close to the Finnish city of Mikkeli. The end of the message provides a link to a supposed blog with pictures of the event and of victims.

It is an attempt at social engineering. However, as there is no nuclear power plant near Mikkeli, many recipients report that they were not tempted by the message. 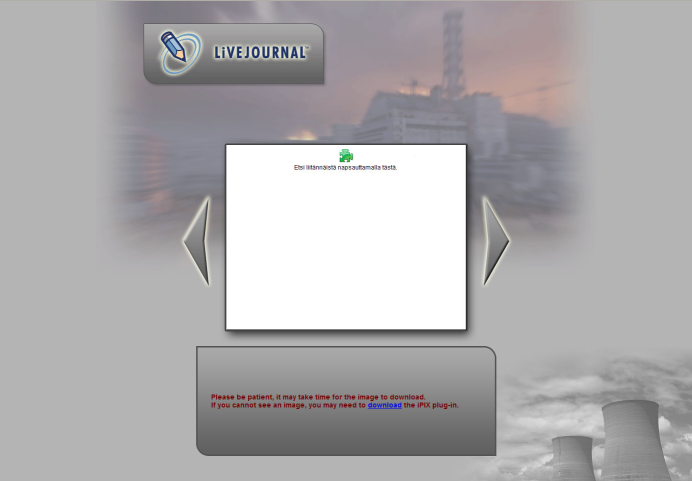 An icon for a needed plug-in is displayed rather than images when viewing the site.

The message below the image area contains the link from which the malware is downloaded:

There are several versions of bait used by the spam messages.

One message claims to be from a woman seeking love. The message directs to a Web site such as this: 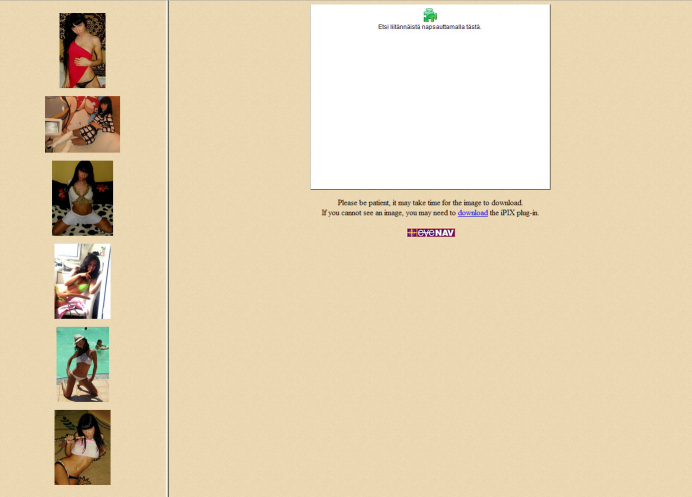 The website designs have been used in the past. There are previous examples of German language versions targeting individuals in Switzerland.

ZBot variants use modular components (configuration and commands) downloaded from the Internet after installation. The components are encrypted, probably to hinder analysis of the code.

Upon execution the trojan copies itself to the following location:

It then creates the following folder under the Windows system directory:

It creates the following files in the newly created folder:

These files are written with encrypted data.

The trojan modifies the following registry entry to enable its automatic execution upon Windows startup:

The trojan deletes cookies in the Internet Explorer URL cache.

It then injects malicious code into several active processes, particularly winlogon.exe and iexplorer.exe.

The injected code starts listening for incoming TCP connections and downloads the following data file from a remote server:

The remote server URL contains a top-level domain of ".ru". The server is hosted in Turkey as of February 21, 2008.

If online banking activity is detected ZBot.HS will beginning logging information. ZBot.HS does not inject its own banking transactions.