Trojan-Downloader:OSX/Flashback.I is dropped by malicious Java applets that exploit the known CVE-2011-3544 vulnerability.

If infection is successful, the malware will modify the contents of certain webpages displayed by web browsers; the specific webpages targeted and changes made are determined based on configuration information retrieved by the malware from a remote server.

On execution, the malware checks if the following path exists in the system:

If any of these are found, the malware will skip the rest of its routine and proceed to delete itself.

The malware connects to the following URL to download its payload:

The filename and actual content of the payload depends on reply of the remote host. The reply is compressed and encrypted but the actual content follows this format:

Only after downloading the payload does Flashback.I proceed with infecting the machine. To do so, the malware prompts for the administrator password, as in the following screenshot: 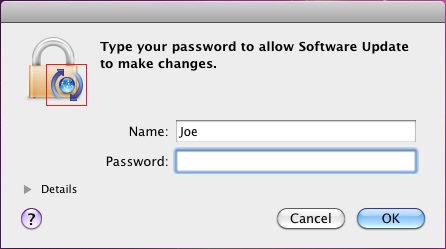 Whether or not the user inputs their administrator password at the prompt determines the type of infection the malware subsequently performs:

If the user inputs their administrator password, the malware will create the following files:

The malware then creates a launch point, inserting the following line into "/Applications/Safari.app/Contents/Info.plist":

This in effect will inject binary2 into Safari when the browser is launched.

If the malware was able to infect the system this way, it reports success to the following URL:

If it failed to infect the system, the malware reports to the following URL:

In cases where the user did not input their administrator password, the malware checks if the following path exists in the system:

If any of these are found, the malware again skips the rest of its routine and proceeds to delete itself, presumably to avoid infecting a system that has an incompatible application installed.

If none of the incompatible applications are found, the malware will create the following files:

The malware then creates a launch point by creating "~/.MacOSX/environment.plist", containing the following lines:

This in effect will inject binary2 into every application launched by the infected user.

For this infection type, the malware reports the successful infection to the following URL: