Trojan-Downloader:OSX/Flashback.A poses as a Flash Player installer and connects to a remote host to obtain further installation files and configurations. 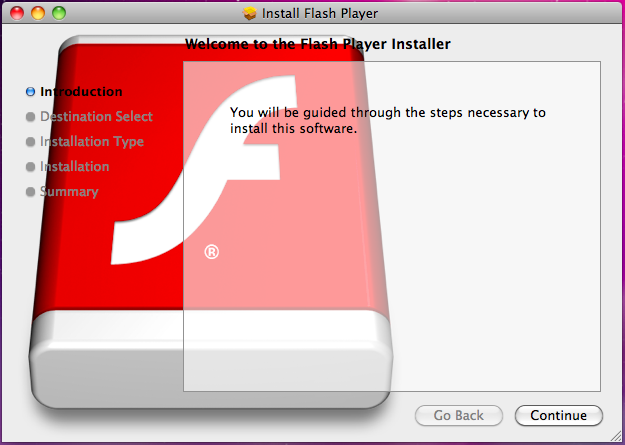 Before it attempts to connect to the remote host, the installer first checks if the following file is found in the system:

Little Snitch is a firewall program for Mac OS X. If the program is found in the system, the installer will skip the rest of its routine and proceed to delete itself.

If the program is not found, Flashback connects to a remote, identified ashttps://[...]adobesoftware[...]/counter/%encoded_strings%, with the decoded string following this format:

Installation files and configuration returned by the host is encrypted using RC4, where the MD5 hash of the Hardware UUID of the infected system is used as the key.

The installer contains two payloads. In the first payload, the location, launch point and actual content of the payload depend on the configuration returned by the remote host.

The location and actual content of the second payload also depend on the configuration returned by the remote host.

But in the second payload, the following environment variable was added:

This allows the second payload to be loaded when the user runs an application in the infected system.

Some samples also restart running instances of Safari and Firefox to take the payload into effect.

As of this writing, the remote host has already been taken down. But when it was still active, it delivered only the second payload, which is detected by F-Secure product as Backdoor:OSX/Flashback.A.