This worm arrives in a email message with the following content: 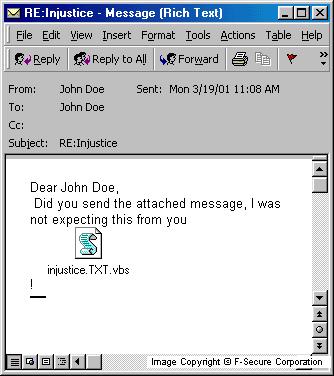 When executed, the worm copies itself to the Windows System directory as "injustice.TXT.vbs". Then it sends itself to 50 random recipients from each address book. The worm also sends several infected messages to email addresses in Israel.Next the worm shows a message related to Middle-East war, as follows: 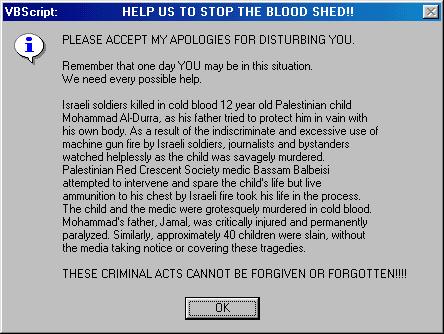 The second variant of VBS/Staple propagates in messages that have following content: 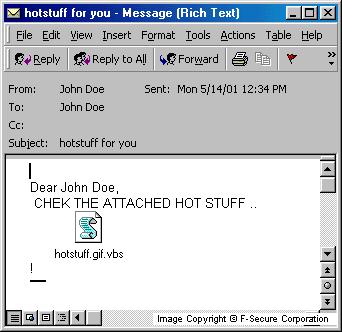