Skulls.B is a variant of SymbOS/Skulls.A trojan, which has similar functionality to the Skulls.A but uses different files.

Skulls.B is a malicious SIS file trojan that will replace the system applications with non-functional versions and drops SymbOS/Cabir.B worm in to the phone.

The Cabir dropped by Skulls.B does not activate automatically, but if user goes to the cabir icon in the phone menu and runs Cabir from there. The Cabir.B will activate and try to infect other phones.

The Original Skulls.B SIS file is named "Icons.SIS". Unlike Skulls.A, the Skulls.B variant does not show any pop-up messages during install (except the "Installation security warning - unable to verify supplier" message shown by the operating system). 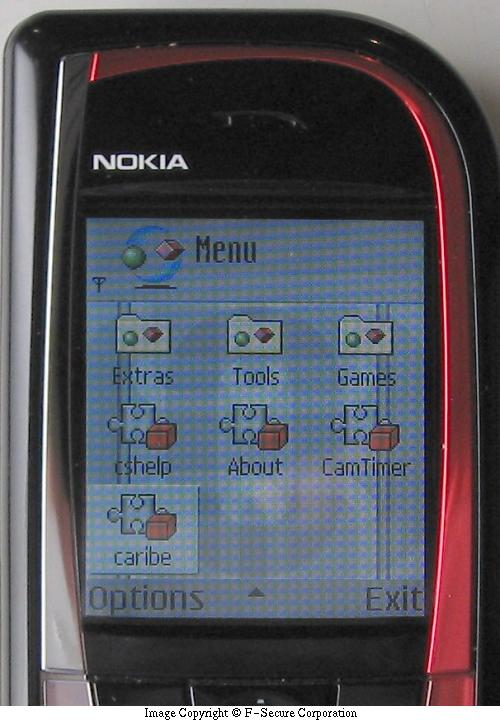 If Skulls.B is installed only the calling from the phone and answering calls works. All functions which need some system application, such as SMS and MMS messaging, web browsing and camera no longer function. And in addition of applications being disabled the phone is also infected with Cabir.B, which fortunately, is not able to activate automatically.

If you have installed Skulls.B, the most important thing is not to reboot the phone and follow the disinfection instruction in this description.

Like Skulls.A Skulls.B is a SIS file that installs critical System ROM binaries and Cabir.B worm into C: drive. The System ROM files are installed with exact same names and locations as in the ROM drive.

Unlike Skulls.A Skulls.B installs also other files than just Symbian ROM files, in the list of installed files there is Camtimer camera timer application from Nokia and Cabir.B worm binaries.

Replaces built in applications with non-functional ones and installs Cabir.B worm.

If you have not enabled automatic updates on your antivirus or used any data connections lately, you can make sure you have the latest updates by selecting "Update Anti-Virus" from the Options menu.