The backdoor's file is a PE executable about 71 kilobytes long, packed with Exe32Pack file compressor. The backdoor contains the PSEXEC utility in its body.

When the backdoor's file is started, it copies itself as WUPDATED.EXE file to Windows System folder and then creates the following startup key value in the Registry:

The backdoor can also create the following key value:

When the backdoor is active, it connects to an IRC server (on port 6667), joins a certain channel and acts as a bot there. The backdoor starts IDENTD server on port 113.

The backdoor tries to contact the following IRC servers:

Here's how the code of the backdoor looks in disassembler's window: 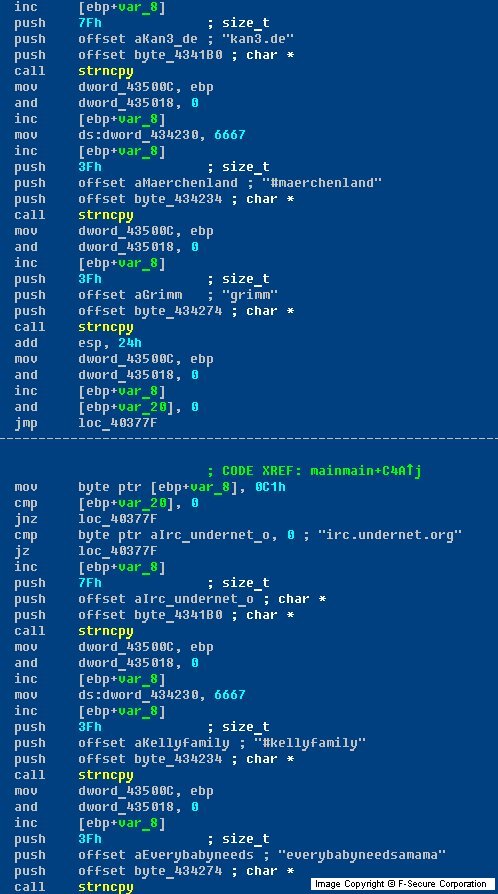 A hacker can send commands to the bots to control infected computers. A hacker can do any of the following:

SdBot.vc steals CD keys for the following games if they are installed on an infected computer: