W97M/Afeto is a Word 97 worm, that uses Outlook to spread itself.

The worm arrives in an attachent of an email message.

After that W97M/Afeto.A@mm will send upto eight mails. The worm goes trough the Sent Items folder, from second message to the ninth. It takes one message subject and body at the time, combines that to recipient of the previous message in the folder, attachs itself to the message and sends it. The original message will be deleted from the Sent Items folder. 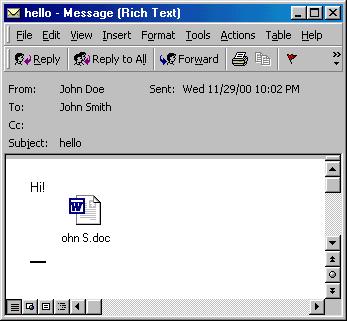 At the same time the worm copies itself using the same name to the root of the following drives, if they are available: C:, D:, E:, F:, G:, H: and I:.

F-Secure Anti-Virus detects and disinfects this worm since November 30, 2000