VBS/Chick.A is a worm that is not considered to be a threat as the worm sends itself only once per infected system and only to a single recipient.

The worm spreads in a email with the following characteristics: 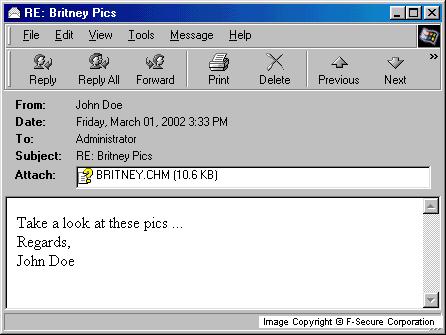 The attachment name is variable and can be something else than "Britney.chm" as well.

If the user executes the attached file, the following screen is displayed:

However, in a default installation of Windows, the following warning dialog is also displayed: 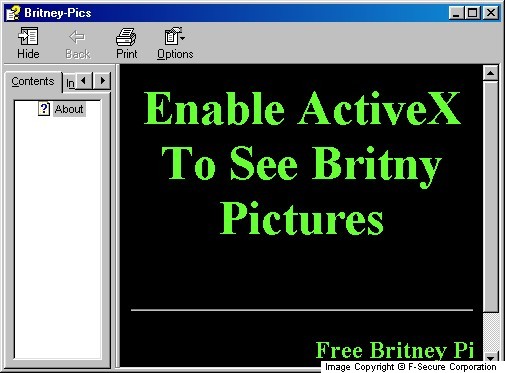 After this the actual script in the compiled HTML help file will be executed if the user selects "Yes" the dialog.

The worm sets a registry key that is used as an infection marker, so the worm will not spread more than once from an infected system.

The registry key is:

Finally the worm sends an infected message only to the first recipient in the first address book. All this means that the worm is sent only once from an infected system.

Chick.F also known as Brit.G is variant of Chick worm which disguises itself as World Cup 2002 results.

F-Secure Anti Virus detects this worm with the updates published on June 7th, 2002.