A remote administration tool (RAT) that bypasses the security features of a program, computer or network to give unauthorized access or control to its user.

Hupigon variants are backdoor programs, which provide an attacker with access to, and control of, an infected machine. There are a large number of variants in the Hupigon family.

The backdoor's file is a PE executable. The file may be packed with UPX. Unpacked, the code size is 710kB. It is very rare for a Hupigon variant to be smaller than 299kB.

Hupigons are written with Borland Delphi.

The following text strings can typically be found in a Hupigon variant:

When the backdoor's file is started, it copies itself as a file named something similar to "Hacker.com.cn.exe" in the Windows System folder and then uses the following processes to make itself to look like a valid Windows program:

It also makes a number of additions to the registry.

Hupigon variants have several different types of features. The following list is an example of some:

Hupigon doesn't have any automatic mechanisms to spread itself. It must be sent by its author via email, through a website, or even via Instant Messengers (IM) such as Yahoo, MSN, ICQ, and Skype.

Hupigon variants are created using kit software. The kit is maintained in a very professional fashion with a highly developed User Interface (UI).

The main UI of the kit can be seen below: 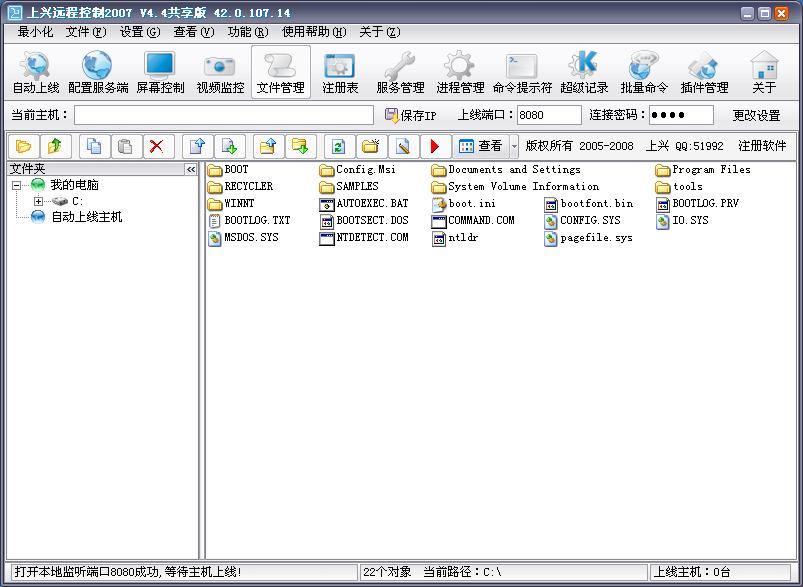 Many options can be set. The "Fast Configuration" shown below enable the following options:

There is also a "rootkit" option available. Other options including adding a URL to target for a Distributed Denial of Service (DDoS) attack: 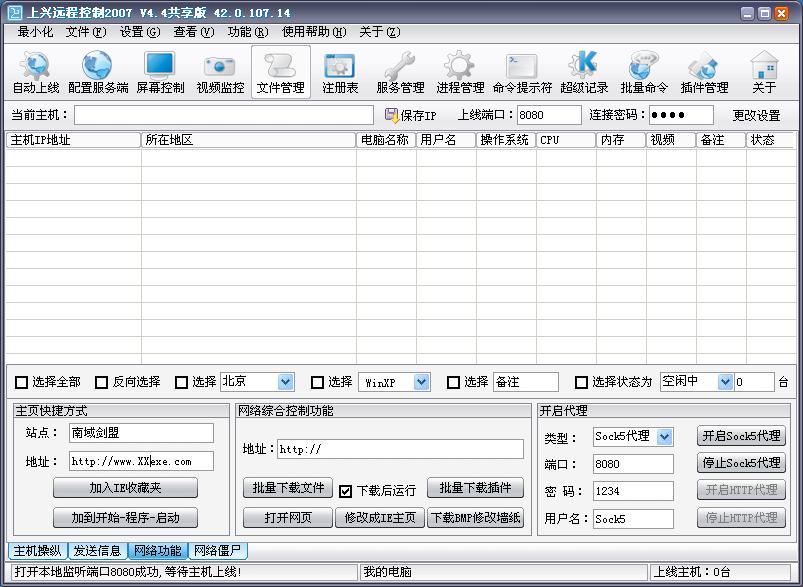